Today was one of the most emotionally draining days God has ever given to me. Draining, but encouraging! Our team separated into three groups today; one for concrete pouring, one for house building and one for home visits. All our experiences were completely different, but yet they all had so much in common and it was all thanks to God.

I was a part of the home visiting team. We visited three different families today. All but one of these families had been abandoned by the children’s father and since women are not paid as much as men, it makes it close to impossible for the women running these families to make enough money for food, bills, debt or whatever may come up. Food and other necessities can become luxuries.

We sat with these families and learned about them, played games, took pictures and tried to learn about their needs. I met a family of seven. One boy could not talk or walk, but I have never seen a happier person nor heard a more beautiful laugh. Emerson, the youngest boy, stole my heart and I am so thankful that God enabled me to be a small part of his story. 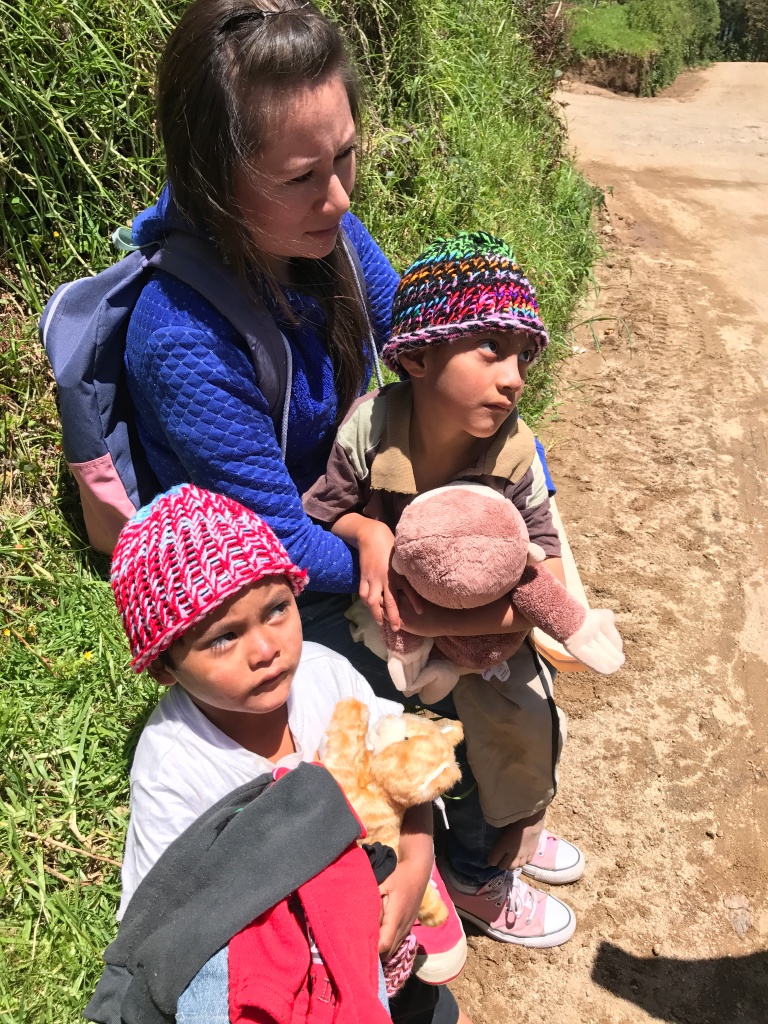 One of the most touching parts of the day was when we visited the house of Maria and her two children, Dorkus and David. Maria welcomed us into her home all while praising God for providing it for her. Chris Mooney, one of the leaders from Bethel Ministries International, spent some time talking with 12-year-old Dorkus about her relationship with the Lord. She was given a salvation bracelet from other missionaries who had come through their town before us, but she had never accepted the Lord into her heart. Chris bent down on the dirt floor and asked Dorkus if she’d like to pray to receive the Lord into her heart. And that little girl bent down right beside him and welcomed the Lord into her heart.

The whole room could feel the presence of the Holy Spirit and that is a feeling none of us will ever forget.

The second team was pouring concrete for a house that will be built later in the week. First the team worked to make the ground level. Then they began to form the perimeter of the slab with concrete blocks. After that, the team laid rebar inside the perimeter, then put concrete inside the blocks. Next, the team mixed more concrete and then began to spread it throughout the slab. The steps make it seem easier than it was, especially considering that this slab was on a hill! It took the team the entire day, but the slab was completed and prepared for a house the next day.

The woman who was receiving the house was so incredibly generous with the team creating the slab for her future home! Despite having very little and eating very little as a family, she cooked a large pot of soup, gave them fresh fruit, and provided cookies. This was not just an act of generosity, but an act of true, godly sacrificial love.

And finally, the third team was putting together a house for an abandoned mother of four young boys, ages twelve and all the way down to four. This family had been living in a house with only one standing wall and a few posts to hold up the ceiling. As the team was building this new house, neighbors came and visited the team while children ran around the work site.

The sons and an uncle assisted as the metal house was being put together. By the time the house was completed, my team had finished its last home visited down the street and came to be part of the home dedication. Seeing the way these metal walls and concrete floor changed their lives, moved our hearts. We can never thank God enough for allowing us to serve in this way.

Today was emotionally and physically draining, and we are all going to sleep well tonight. Tomorrow, our groups change and we each get to have a new experience. God has already done so much this week. I cannot possibly imagine what He is going to do tomorrow. And I cannot wait.