We have had nothing but amazing days here in Guatemala. Today, however, I saw God in everything that we did. 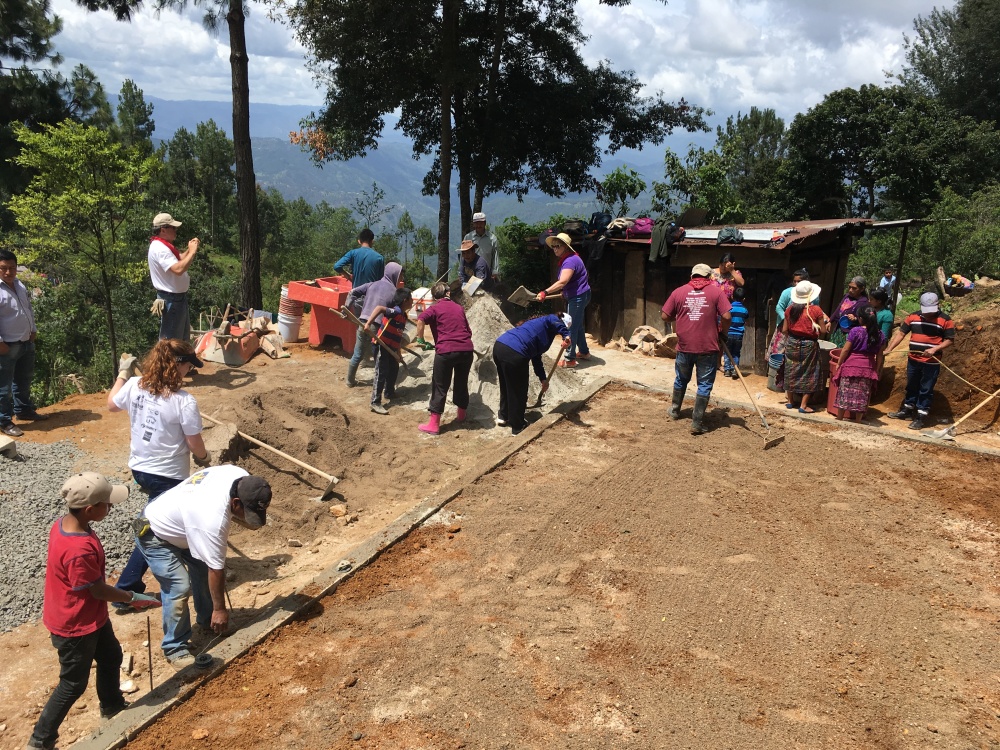 Today, I worked with a team pouring a concrete slab for a woman named Anastasia and her four children. The drive to Anastasia’s house was much farther into the mountains than we had been before, and the twists and turns started to make the majority of the van nervous and a little carsick! We went from beautifully paved roads to a downward hill of nothing but gravel.

When we arrived at Anastasia’s house, we walked our supplies down steep hill where we found Anastasia, her children and the entire neighborhood praying for our team and the work we would be doing for them that day. As we began working, I was overwhelmed by the love and generosity that these people provided us.

We began shoveling dirt into buckets and handing the bucket down a line to pour into the trenched off area for the slab. A few minutes later, I looked up and saw the women of the neighborhood in a line across from us doing the exact same thing. Then the men began helping dig and level out the sand.

To top it all off, one of the women pulled me aside and said that they had brought us something. As I followed her, I saw they had brought us five 2-liters of soda and bread to share with our team and the entire neighborhood. Then they made us lunch and brought us more food when we completed the work. These families did not necessarily have the means to do this. In all honesty, this probably means they either had been doing without or may go without for a bit, all to show us love. What a reality check that was! Despite their circumstances, they gave to us and welcomed us into their homes.

It seems they have found a secret to being content in all circumstances.

I knew God was going to do amazing things this week and He has done so much more than I could have ever asked for. Tomorrow, we return to Anastasia’s hill side home to build her a new home. Praise God that we can be involved in her story, if only for this small period of time.